Some years ago, I was in my favorite public library, Barnes & Nobles.  Positioning myself in a cozy spot on the floor in the African-American section, I leafed through several books, soaking up images and words while simultaneously creating my own from the filing of the information. Eventually I reached for a book with an inviting green cover and began to read. It was as if a breeze blew through my soul and time wrinkled.  I consumed the meal in that book ravenously.  As a child of nature, this text spoke a language that was strangely and in a way uncomfortably familiar. When I surfaced at odd intervals, I found myself looking over my shoulder to see if anyone I knew was around.  I didn’t want to be seen engulfed in this text. The idea of it conflicted with the letter of my parents’ religion, in which I had been battered and fried.  The inner chatter of that imprint conflicted with the idea of the book in question.  But my soul felt it. I didn’t know how to reconcile the two but I knew what I knew.  The book was on Witchcraft. Not that it was the practice perfect for me in all forms but it spoke to me because most who followed the path were in tune with the forces of nature, had a knowledge of herbs and medicines, gave council and were valuable parts of the village and community as Shamanic healers and leaders.

It was like when Tupac said in, So Many Tears “I grew up amongst a dyin’ breed. In my mind, I couldn’t find a place to rest, until I got that Thug Life tatted on my chest. Tell me, can you feel me?” My mind dug in, my soul was a lost child who had found its mother. Quite befitting when there’s been only a father and son in my wake. Mother/father/ nature connection is paramount. The African cosmological synapse presents a fully inclusive path to view life in 360 degrees which connects rather than compartmentalizes and subjugates facets of this life journey.

The Dogon, Dagara, Yoruba, Luba, and other African religions/pathways laid out the blueprint and created the structure for mind, body, spirit connection long before modern psychology or the branches of other religions arrived at the door. The connection to and importance of the natural world was evident in every aspect of daily life.  In present day, author Richard Louv in his book, Last Child in The Woods, states,” At this very moment when the bond is breaking between the young and the natural world, a growing body of research links our mental, physical, and spiritual health directly to our association with nature – in positive ways.”

Once again, I’ve come to that place, even deeper this time, beyond my childhood and long hours in the woods. On Sabbath afternoon hikes on the mountains or rides out in the country areas looking out across the converging rows or leaning treetops, linked me to something beyond the present realization. Ancient voices spoke on the winds that blew through me in the the cradle of the natural world.  The ancestral paths connect us to all life.  Nature is an integral part of the return to ourselves.  As elder and teacher of the old ways, Patrice Malidome Some says, and I’ve heard it said by the elders in my own family.  I knew it in my bones. 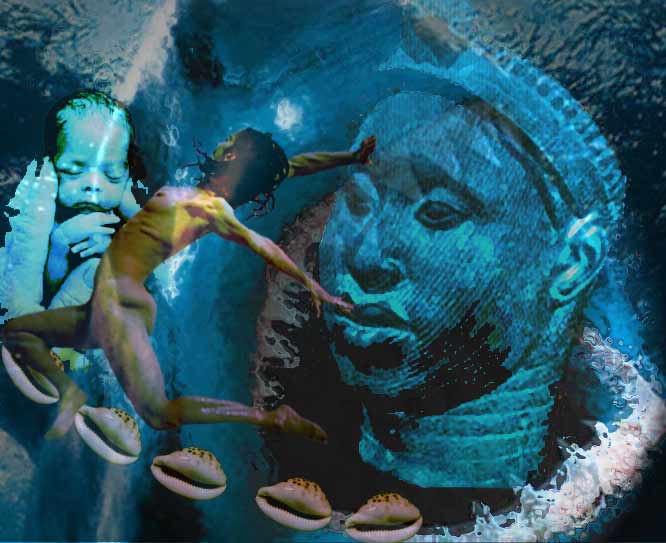 In case you missed…

“Until Haiti Spoke, the church was silent, and the pulpit was dumb. Slave traders lived and slave traders died…

If you didn’t know…